work that stirs the soul.

We’re back, and this time it’s only been a month since I last posted on here. I’ve recently been doing a lot of thinking about the things I spend time on. It was only a few years ago that I was pretty set on the fact that I didn’t care too much about where my time/energy went but things are quite different now. Perhaps it’s part of the whole getting older thing.

One of the big things happening is the continued success of my personal tournament series. My homies and I ran the 4th iteration of 4Skinz Sundaez, an online bi-weekly Super Smash Bros. Melee (SSBM) tournament series. Unlike previous iterations, this was the first publicly advertised one, which resulted in a handful of new people in attendance.

While there are still a few more minor logistic concerns that need to be ironed out, the tournament ran quite smoothly and (IMO) continues to improve in every iteration.

Some short term goals related to the series:

Moving forward, I also plan on advertising earlier (i.e., probably a day or 2 before) and possibly in several other discord servers to achieve more visibility on the event. Having your own tournament series is an amazing way to grow a community for playing a game you love. On top of all this, I can’t forget to shout out my homies for being there to help me run things and everyone who continues to sign up and contribute to the 4Skinz community. I hope to see a lot of new faces in future tournies! 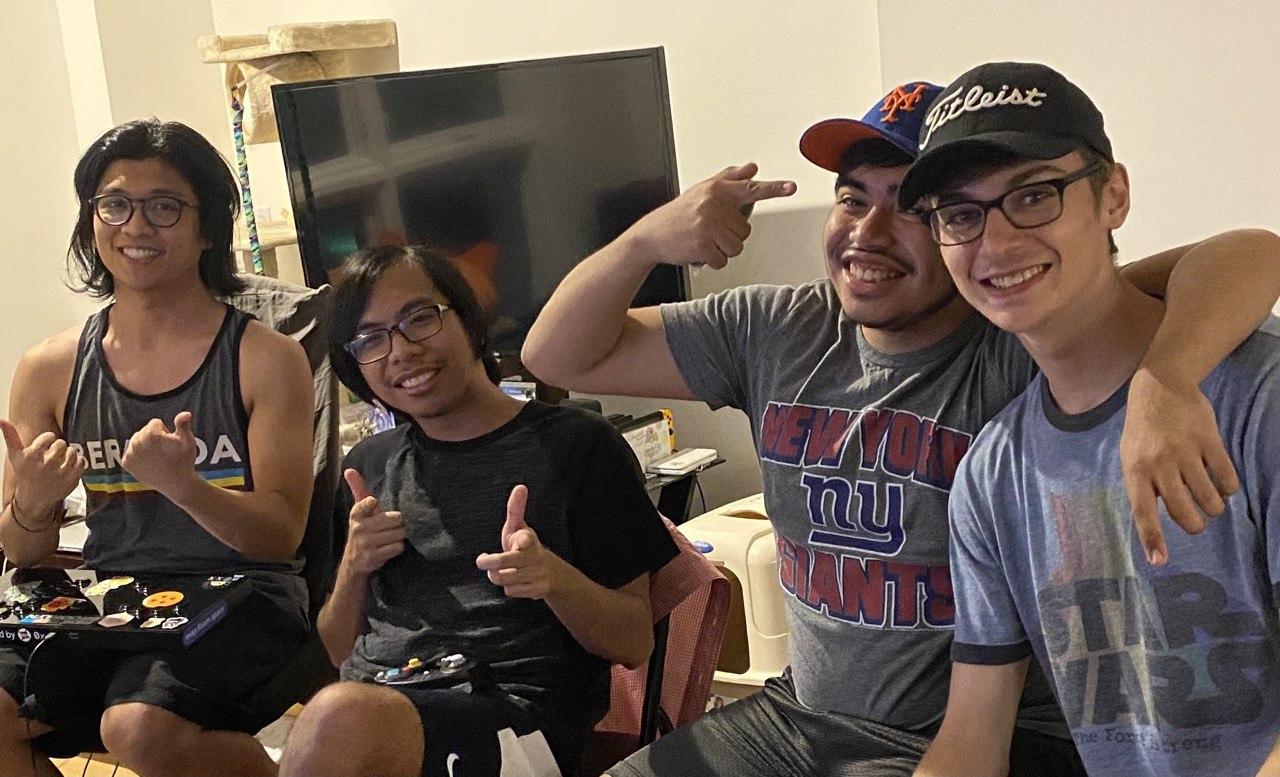 As I described in my previous blog post, I’ve started branching out and doing my own stuff even when it comes to programming and my “professional skillset”. Doing so has really opened my eyes on how one’s day-to-day can define the person you are and the person you’re becoming. It’s this line of thinking that has allowed me to ask myself: What do you want to be remembered for? Am I just another cog in someone else’s dream?

During the first week of October, I took an entire week off of work to give myself a break from work-related things. During this free time, aside from the usual rest and rec., I decided to give myself some time to work on an entirely new set of projects. These projects are more or less related to running tournament streams and improving my Elm skills. One of these projects is an app I’ve been calling the Slippi Stats Viewer. As of right now, it’s the most complex project I’ve ever written in Elm. 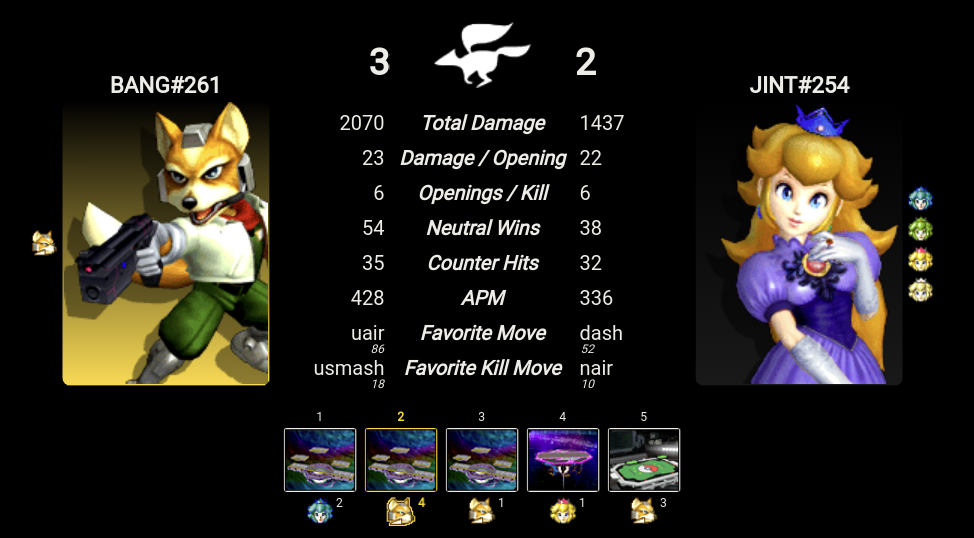 The app is designed to present post-set information in a clean and interesting way, which makes it quite useful when used in tournament streams. As of writing, the app currently has the following key features:

Quite a few people have already expressed great interest in the current state of this project. While, IMO, I’m still quite far from finished, my idea for the first release is nearing completion. When that happens, I will be writing a more in-depth blog post about the experience I’ve had writing it.

This little app has already had quite a dramatic effect on my mental state, probably in more ways that I’m currently aware of. Doing something like this for myself and for the community that is growing around something I love is truly a special, one-of-a-kind feeling. On top of all that, my girlfriend has also taken interest in helping out with some of the design aspects of the app. She provides a skillset working with assets and a skilled eye in the aesthetic aspects of the app that I could not accomplish on my own. Having her on board with the things I’m doing to “find myself” makes them so much more worthwhile.

This post has already gotten quite heavier than I originally intended, but I guess that’s actually a good thing. I’ve already reflected on so much more meaning behind recent happenings (in the last few months and some even in the last year) than I previously found. While these things might currently seem fleeting or at least in some sense brittle, I find spending my time and exerting my effort in them so much more meaningful than simply being told what to do with life. That sounds quite a bit like common sense, but it’s surprising how many people are unable to see their life bigger than simply being part of someone else’s to-do list.

I am my own person.

But, even in this, I’m not alone. None of the highs or the lows would be possible without the person who has stuck by my side through it all. With her, I’ve grown and changed in many ways. My eyes have been opened to previously unknown delicacies, and my heart pulls me to the corners of life I once willingly and sometimes left unexplored. Everything I am is unequipped to describe everything you’ve done and continue to do for me.

But, in this crazy and upside world, I will journey on to find the means… as long as you’re with me. 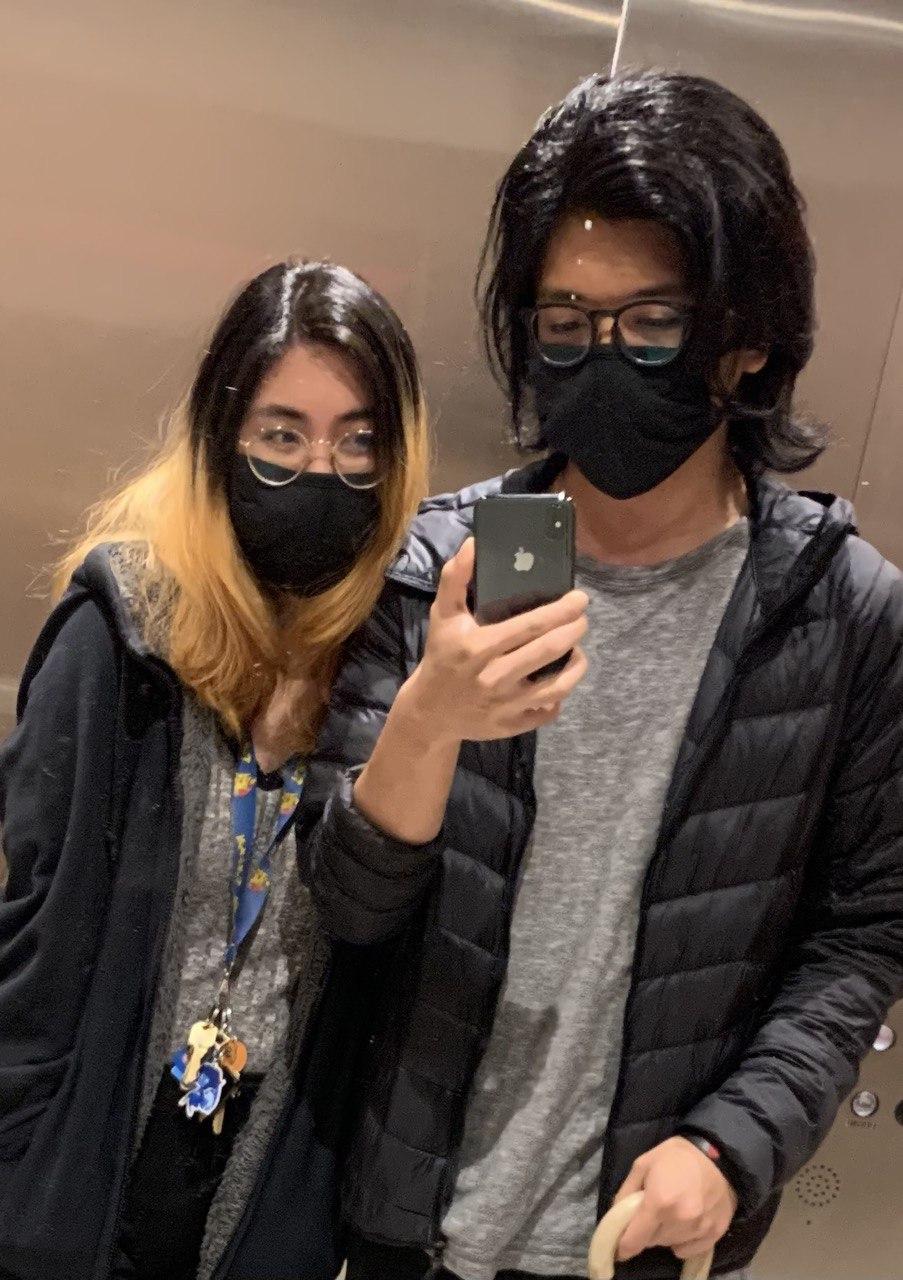