I’ve been meaning to write something like this, and I’ve come to the conclusion that it’s probably more productive to record the stuff I’ve been thinking instead of just letting them stew in my head. I think I’m going to make this a collective post, and by that I mean I’ll make incremental edits to it over the next fews weeks or so. I’ll also try a bit harder to make this post more interesting (read work harder at writing) than I have in other posts.

Given this, in choosing the appropriate date for this post, I’ll just keep it to April 12 for no apparent reason other than (perhaps) it’s a Wednesday, and being the middle is pretty awesome.

Now, where to start? The start of this will probably feel less fluid since it will be me trying to recollect all the thoughts I’ve had in the last few weeks, but I’ll try my best to do them justice. But, like I said, I’ll come back to this post and maybe even make edits to earlier parts.

Adaptation and an Open Mind

One of the things I’ve been thinking about is the idea of being adaptable. It’s been about 3 months since I’ve been in NYC, and I can easily say that I’m finally settled or, perhaps, stable, resolute.

I’ve been thinking whether or not 3 months is a reasonable measure for adapting to a city like NYC, but I don’t actually think that’s the point. The point is that (at last) I know what it takes to live a life here, which in many ways is in stark contrast to the way of life I had in the midwest with my family. The fact that I was able to do it at all is something new for me. This is, in fact, the first time I’ve ever really been away from home.

I’ve let myself ponder on the benefits of prioritizing adaptation above certain other things, and I think that it has made a considerable positive impact to my general mindset of things. I’ve let this thought stew in my head and permeate in several places in my life and in how I do things. To me, being adaptable means one is flexible and is never truly asleep to the possibility that something unexpected might occur. Instead, if one is adaptable and flexible, one is open and alert to every situation, regardless of whether one had the opportunity to calculate or process it to its entirety. One becomes aware of the bigger picture and is able to adapt to details on the fly, allowing a more wholistic idea of adaptation to take root.

Trust yourself and your abilities. In moments of trial, it’s better to believe in them and work with what you got versus trying to point out ways that you are unprepared.

With respect to the natural world, adaptation allows the possibility of survival despite an unfamiliar territory. I feel like as privleged people, we forget this sometimes. We are the ones required to adapt to the world if we want to survive, not the other way around. Every situation is much too complex, much too unique to apply the same rules and ideals to them. While having ideals it is important to have a foundation in the ideals, without them one is truly lost, believing that they will save you against every obstacle or in every environment is simply a fallacy.

I used to think becoming (truly) comfortable is where true happiness is. Now, I’ve come to the conclusion that this is simply the wrong state of mind. True comfort won’t ever happen, whether one becomes rich or one manages to slide by for their entire life. Comfort is successfully adapting to one’s predicament, enduring pain, and then finally surfacing, even if for just a single moment, for a breath of air; then doing it over again.

I am one of the lucky individuals to be born into privilege. While my family (I’m talking primarily about my parents) didn’t necessarily get dealt the best of hands when they started out, I, on the other hand, like to think that I was born with, so to speak, a pocket pair. This, of course, is my own opinion and perception of the foundation I was given. In someone else’s perspective, my foundation might not seem as great (pocket 2s) or it may be even better (pocket Aces), but that’s not really the point.

The point is that I have perceived that I have been given a great foundation, and thus the ability to do great things with it. In other words, I feel like I’m obliged to do something greater or even something at all. It is here, first, that I would like to admit that this feeling of obligation is both positive and negative. Let me flip around the “good news or bad news” cliche and start with why I think it’s positive, followed by why I think this is negative:

Being born into privilege means that I had flexibility natively bundled with my life. I went to good schools, I ate good food, and I generally had more opportunities to do things that other people simply did not. I won’t go into detail on specifics, but this has given me the positive outlook and drive to further perpetuate this blessing to other people, whether they be my future children, my friends, or simply people I interact with day-by-day. So, because of my privilege, I not only had many opportunities to succeed, but I now also have the great desire to give that same positivitiy and chance of success to other people. On top of this, I have this daily reminder of being lucky to have what I have, and it’s nice to reflect on those things every once in a while. It gives one hope, regardless of what might actually be happening in life, that the future is bright and shining.

Now, before I go into why feeling obligated to “repay” one’s privilege is negative, I’m going to say that my reasoning primarily stems from who I am and how I perceive myself. I say this to avoid sounding pretentious and meriting the usual response of “Oh, first world problems, stop complaining! Check your privilege.” No. That’s not what I’m trying to do here. There is really nothing tangibly negative about being blessed in life. What I am doing here is reflecting on how I’ve developed a sort of negativity around myself due to the fact that I feel so obliged to do something with what I’ve been given. The way that I see it is that if I am unsuccessful in actually building up on what I’ve been given or even in doing anything notable with it at all, I have, in the past, always perceived myself to be a complete failure, and even more so than if I had started with less in life. This mindset has taken me to many dark places and contributed to the development of many dark thoughts where I could no longer see any merit or value in myself as a person. So, obviously, this is really bad.

In the end of it all, however, I don’t think re-programming myself to think differently will result in any noticeable improvement–in fact, I think both can be taken as an opportunity to improve or buster out. In both situations, I’ve learned to be reflective on myself and my situation, to learn and grow from it. I’m simply going to understand that I am going to be both positive and negative about every situation and learn from both perspectives, which I think brings me the last point I want to talk about.

Acceptance: the G.O.A.T. or The Buster

I made a previous post about being a fighter, and I want to expand on a few things that I mentioned in that post. More than a month has passed since I wrote that post and a lot of what I was referring to in that post is already an extension of the earlier points I have made in this post, but I think it’s time to be a bit cyclic and allow this post to also grow on that post.

“There are so many people focused on the end result, so much so that they lose energy and the will to continue when they’re downed and end up just waiting for ‘the fulfillment of their dreams.”

I’ll say now that I succumb to this mindset more than I would like admit, and that still remains one of my weaknesses. To the people that know me well, and perhaps even to those who have only know me at a superficial level, they can probably deduce that I’m one of the people who are rather hard on themselves when they fail. I don’t think this is necessarily a bad thing to do, in fact, I think the best critic that we have for ourselves are our own egos. I don’t think we should ever let that die. If anything, a certain amount of self-animosity goes a long way in keeping us driven towards our goal. But, there’s something else on that to take note and practice. 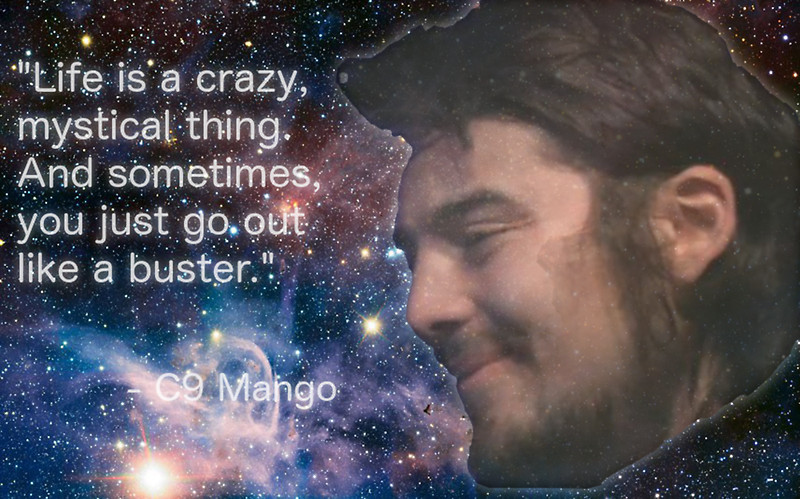 Regardless of stature or previous achievement, life doesn’t care about your pride. Life is completely indifferent to what and who we are or how we perceive ourselves. Sometimes we just go out like moths to a flame. But luckily for us, most of the times that this does occur, we are still living, and we can choose to go out kicking and screaming; I think that builds character and determines who we really are.

This section is entitled “Acceptance” not because we should simply allow life to do this to us, but it’s entitled that way to say that we should be ready when it does–in reality, it’s always a possibility, and more so than we think.

I’m not saying to accept things because “that’s just the way things are”. What I’m saying is that we must learn to accept our own predicaments for what they are and perhaps do something about it. We have our own say in handling said predicaments, regardless of whether or not our method of handling them is truly effective, and that, in and of itself, is a beautiful thing. That is real freedom.

As much as life is indifferent to us and what we are capable of doing, life is also expressive and allows us to do the same and practice it. This is where the things that we can do, our abilities and our strengths, can allow us to take control of our fate. This is where all of that matters. We have a choice to do and to be what we desire and make things happen.

So, TL;DR, try things out. Experiment. Reach out and see what you can find. If you fall along the way, take a second, then get back up and try again or try something new. We only have a set amount of time in this world to try and figure things out–we might as well do it in a way that we find both enjoyable and fulfilling. The worst thing we can do is to fear the uncertain and be paralyzed, unable to express ourselves. We may never change the world, but what we can for certain achieve is a level of understanding that our life is something like an unfired, maleable mound of clay.