This last weekend I watched Genesis 7 which is the largest smash tournament of the year. For the first time in a long time, I watched a major with some friends. I had a lot of fun, even though the tournament didn’t result in my favorite players on top. My girlfriend even watched with me (starting from top 64 on Saturday)! 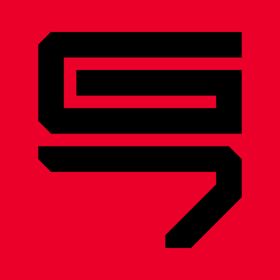 I’ve been slacking a bit on this whole blog thing (as per the usual), but I’ve done quite a bit since the last time I posted. I’ve made a schedule for myself to play Melee regularly, specifically ranked matches. In the past, I’ve always struggled to push myself to play ranked matches mainly in fear of “not living up to my own expectations of myself”, but this time I have my girlfriend keeping me accountable. I’ve told her my goals–I want to reach gold rank this season– which makes me feel even closer and confident to making them a reality. Even if I fall short, I know that it won’t be the end of the world, and I will nonetheless be closer to actually achieving my goals. It really helps to have somebody to keep you to your word and keep you from slacking and making excuses (which I tend to do quite often for these sorts of things).

In other news, I’ve taken a break from reading non-fiction, self-helpy books for the time being. I’ve made a jump to fiction once again. I can’t even remember the last time I read fiction (possibly in high school?). I’m well on my way through reading Ready Player One by Ernest Cline. I feel like it helps put my mind in a more creative and less self-critical state. In fact, I’ve been having some really cool (and strange) lucid dreams. Combine that with playing Minecraft on a regular basis, I’ve had quite a few kooky ones. Last night, I had a dream where I was being chased by crazed cult of cannibals/zombies (I can’t really tell which; but they were out to eat/capture me). It sounds like a nightmare, but I actually was having a lot of fun doing it. I gave myself the ability to fly and change the ground beneath me (kind of like Minecraft terraforming videos) to escape the cult members, which I also consciously gave them the ability to fly after me (for fun). I take this as a good sign that my thought processes are evolving/changing–perhaps for the better.